recently picked up these books on character art/iconography in advertising/culture/daily life. although one focuses on Japanese and the other on American character icons, both books kind of go hand in hand. also interesting to note that the ad character has become less prevalent in american advertising/culture, while the opposite is true in japan. 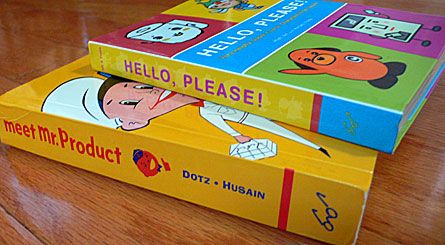 Meet Mr. Product, The Art of The Advertising Character by Warren Dotz and Masud Husain 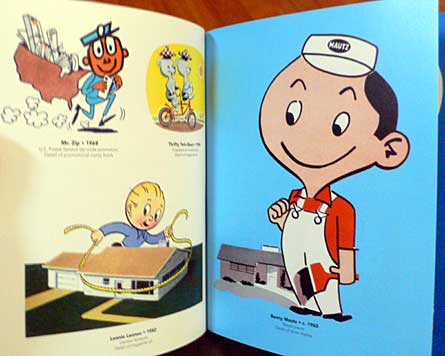 Offering up a bustling gallery of over 500 spokescharacters, this chunky compendium charts the origins and development of the advertising character and gives brief glimpses into some of their most intimate secrets. (Did you know that the Michelin Man has been spotted with glamorous ladies on his arm? Or that Borden s Elsie the Cow was married to Elmer of household glue fame?) Famous faces and a host of recently rediscovered characters fill Meet Mr. Product s pages to bursting

some of the characters would be considered quite offensive these days. Just like the Adidas/Ray Fong character controversy from a few years back. click here for the controversy. 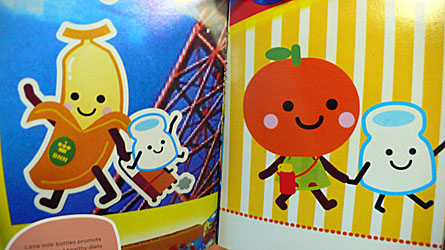 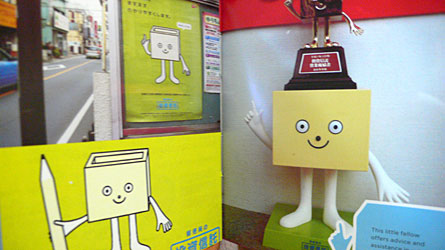 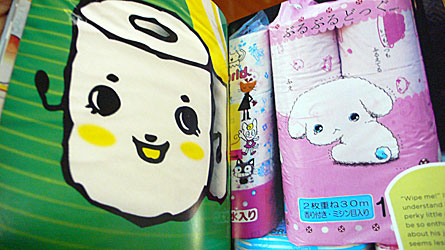 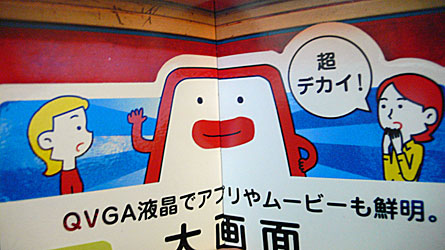 A menagerie of mascots and characters inhabit the islands of Japan, cheerfully guiding citizens through all sorts of daily activities and situations. Hello, Please! collects photographs of hundreds of the these cute (or kawaii) creatures in their native habitats, which are virtually everywhere: from public street signs to supermarket shelves, in doctor’s offices and instruction manuals even emblazoned on the sides of Tokyo’s emergency vehicles.

Here’s an article i read back in 1999 on the Culture of Kawaii (Cute), from Wired magazine.

it would have been nice if the actual designers/illustrators were credited in both books, but then that’s the nature of being in design/advertising.