this post would have included a video but my camera sucked.

i hate it when you put up a different wallpaper on your phone, the aesthetic gets ruined by the clutter of apps/widgets that are on top of your background image (okay so, technically a background image should be just that…something in the background…). so this is what i ended up with: 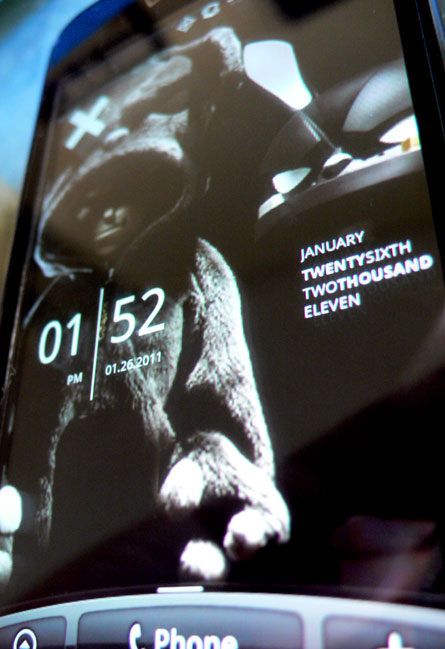 while the other screens are still filled with apps/widgets, i tried simplifying the home screen while still retaining functionality. if you have a set of apps/widgets you constantly access on the home screen, you most likely have already memorized their position on the screen so…

my home screen only has 3 widgets, but 2 of those are repeated and used to fill up the space—they both contain app/widget launching capabilities, both let you set the transparency to zero (invisible), and ability to retain different settings to each instance on the screen (re: you can place one copy on the screen, and any additional copy can have its own settings). it’s the equivalent of having 16 apps/widgets on the screen with a majority of them invisible.

each 2×1 Simi Clock widget contains 2 launchers (left side and right side…you can also set each side to open in dock form containing 5 apps/widgets), the 1×1 Minimalistic Text widget only contains 1 launcher (when pressed, the widget shows up with a semi-transparent orange background….the Simi widget does not).

note: some widgets won’t launch with the gtab Simi widget.