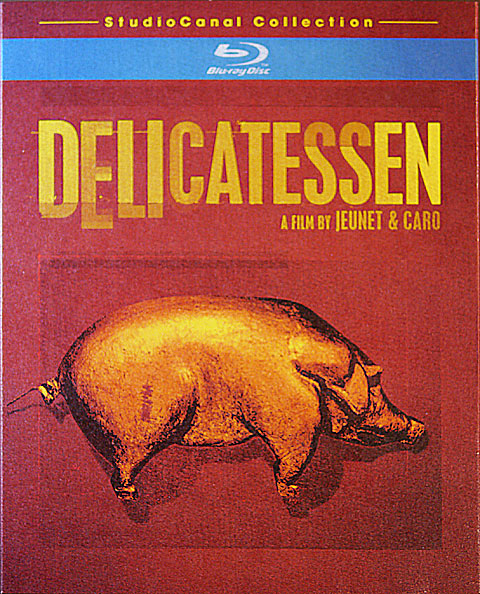 Picked up an old, quirky French Cannibal Hotel movie 😉 . I remember watching this on Bravo back in the 90’s…only saw it once though. Really playful use of sounds. Sadly, the only other movie that I’ve seen of director Jean-Pierre Jeunet’s is Alien Ressurection (I’ve seen that one a lot lol). No, I have not seen Amelie…but I might go get City of Los Children one of these days…

can’t find a good trailer of it, but i do like this fan-made one:

Delicatessen is a 1991 French film, directed by Jean-Pierre Jeunet and Marc Caro, starring Dominique Pinon and Karin Viard. It is set in an apartment building in a post-apocalyptic France of an ambiguous time period. The story focuses on the tenants of the building and their desperate bids to survive. Among these characters is the newly arrived Louison, who arrives to replace a tenant whose reason for departure is initially unclear. The butcher, Clapet, is the leader of the group who strives to keep control and balance in the apartment building.