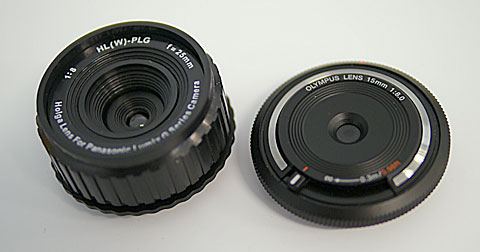 Plastic lenses for Micro Four Thirds Digital Cameras, this is what can be described, using John Stewart’s words, “a thing that ruins your pictures”. Searching for that dreamy analogue look of Lomography or other vintage/retro Russian cameras, without the hassles of developing film. While these lenses do give you the unpredictability of the point and shoot cameras of yesteryear with the added comfort of seeing what you just shot…it does take quite a bit of finagling of the digital camera’s settings to get that “just right” retro/artsy photo. It’s very self defeating and contradictory. Or rather bass ackwards in terms of expectations on the results. Also could just be me…

This actually focuses fairly well (with a steady hand). Since it also functions as a cap lens, it helps lower the profile/width/depth of your camera for better portability. This is close to having an old disposable camera in terms of results. 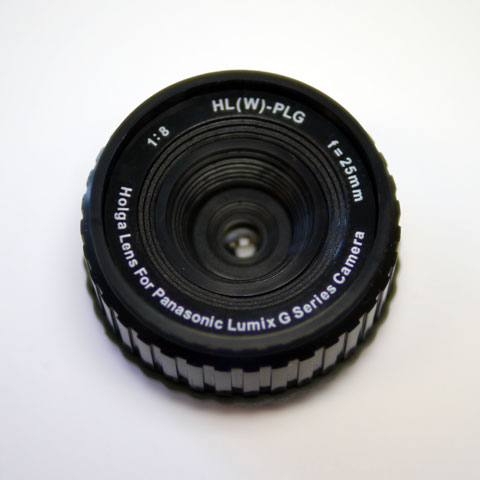 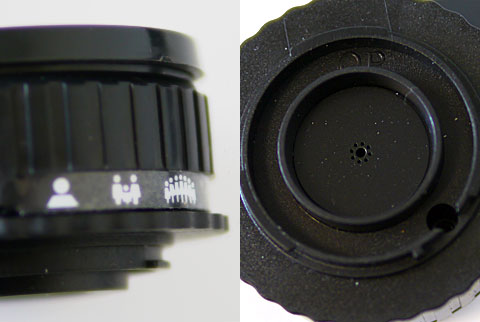 This feels like sticking a thermos cap, or plastic cap off a peanut or mixed snacks canister on to your digital camera and drilling a hole in the middle of it. As you can see from the pic above, there is a pinhole on the back end of the lens (this is separate from an actual pinhole accessory that can be attached to the lens). The smaller holes surrounding the pinhole is what provides the vignetting effect, not very well though. This lens can not capture any sharpness or color accuracy, you will always have blur and saturation (saturation varies on the subject, lighting, and color settings on the camera). I’ve never had a Holga lens or camera, but do have a Lomo camera, it’s fairly close enough on the blur department when shooting pictures but does not get you that nice creamy bokeh effect of a real Lomo camera. As mentioned earlier, you have to tweak a lot of your color and effects settings to get the Lomo color effect.