Between the mid 1960s and the late 1970s, the long-playing record and the albums that graced its grooves changed popular music for ever. For the first time, musicians could escape the confines of the three-minute pop single and express themselves as never before across the expanded artistic canvas of the album. The LP allowed popular music become an art form – from the glorious artwork adorning gatefold sleeves, to the ideas and concepts that bound the songs together, to the unforgettable music itself. Built on stratospheric sales of albums, these were the years when the music industry exploded to become bigger than Hollywood. From pop to rock, from country to soul, from jazz to punk, all of music embraced what ‘the album’ could offer. But with the collapse of vinyl sales at the end of the 70s and the arrival of new technologies and formats, the golden era of the album couldn’t last forever. With contributions from Roger Taylor, Ray Manzarek, Noel Gallagher, Guy Garvey, Nile Rodgers, Grace Slick, Mike Oldfield, Slash and a host of others, this is the story of When Albums Ruled the World.

Posting this because I grew up in the era after that, of boomboxes & Walkmen, the Cassingles, recording off the radio, making mixtapes, high speed tape dubbing, hitting rewind etc. You used to be even able to create a compilation cassette where you pick the tracks (selection was rather limited) at The Wherehouse (one of the earliest “big” record store chains to face extinction…followed a few years after by Tower Records and others…one of my favorite “little” record store was Lou’s Records in Encinitas, CA….it’s only a tiny shell of itself now last time I visited).

I also remember the times in 20 something year old cars that either did not have stereo systems or cassette players…I would hold up a little portable radio out my friend’s car because we couldn’t even get any good radio reception, or my other friend’s car where he has a Walkman hooked up to some computer speakers as his car stereo system. Then when you finally had a car with a cassette player, you couldn’t even play CDs (unless you replaced the standard factory system) and this is where you take your portable CD player (my Kenwood one even came with a fancy ultra thin wireless remote) and find yourself an adapter (cassette adapters where the best). When multi-disc CD changers and cassettes became standard, you had to go back to the cassette adapter again to hook up your ipod (or whatever mp3 player you had), up to the current state where the cassette option has been phased out and newer model cars come with either USB connections or you can use Bluetooth.  My current car, which I bought brand new in 2006, had no cassette option but fortunately a small company was making ipod/mp3 player adapters for almost half the price of what those adapters cost now. That was a big deal for me then, now it’s more commonplace (well, for those that have either bought new cars since then, or have bought new car stereo systems….)

This post was spurned on when my ipod (I don’t know which model, but it was the one way before they started calling it Classic, which I guess really means Outdated) died and I had to find a replacement.  I settled on a 7th generation ipod nano, which kinda sucks since it can only hold a fraction of the music I like to carry around with me (a lot).  Which then lead me to find an adapter for the old adapter just so I can use the nano. Clearly, I’m not caught up with the ever evolving technological trends, that of the wireless and adapterless streaming of music. While the documentary above shows the history and connection of technological advances, physical media and how those have influence the way we listen to music, we are now at a stage where physical media itself isn’t needed (cloud this cloud that, subscriptionism, streamify spotify pandorafy, bye bye discs, magnetic tape and vinyl….) 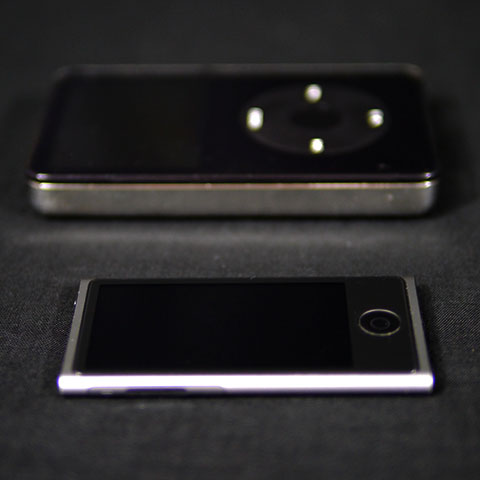 I listen to everything in a shuffle.

While I’m not a Pandora or Spotify fanatic, or any of the subscription based options, I am a part of a small collective on the streaming radio/podcast circuit as a contributor….I just happen to be reminiscing about Evolution of music media and listening habits. Like an old fogey. 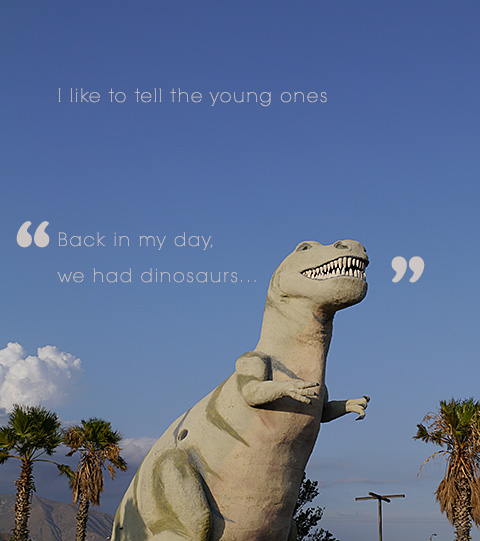